Brief overview of architecture and runtime

Coin Core is primarily comprised of an API server and a transactional storage component. Applications that utilize Coin Core will use the Coin Core API to access the Coin Core transaction engine, query past transactions, and check account balances. Coin Core data is stored in the highly-available and scalable Orb Apollo distributed data platform.

Coin Core additionally provides the option to generate tamper evidence whenever a transaction is run. Tamper evidence is a cryptographic proof asserting that records stored in the Coin Core ledger have not been modified after their creation. Making use of this functionality requires an additional Core component, called Audit Core. 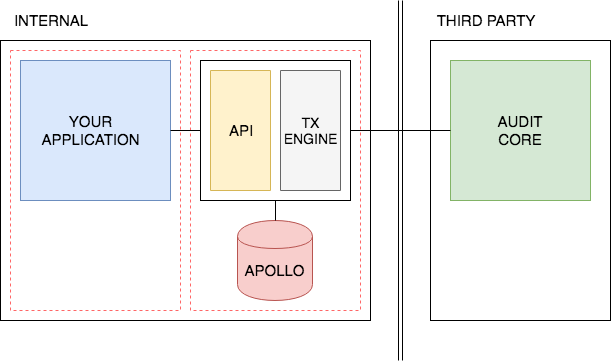 The Coin Core transaction engine is by principle, the heart of Coin Core. It executes configurable events also known as transactions that define ways in which participants within a coin economy may interact with each other.

This guide will cover each of these elements in detail.